Order before 5pm on week days for next day courier delivery

The Sidecar was first created in the early 20th century, and as one of the original classic "sours", it served as the blueprint for iconic cocktails like the Margarita. Our version features the French Brandy St Remy XO. Crafted by distilling grapes in copper column stills, it boasts a delicate woody aroma with dried fruit, sweet spices, and creamy vanilla on the palate. Next, Cointreau, a French orange liqueur, ties the cocktail together layering full bodied marmalade aromas amongst the brandy spice. Fresh, spiced and hints of citrus, the Sidecar is the ideal postprandial cocktail. 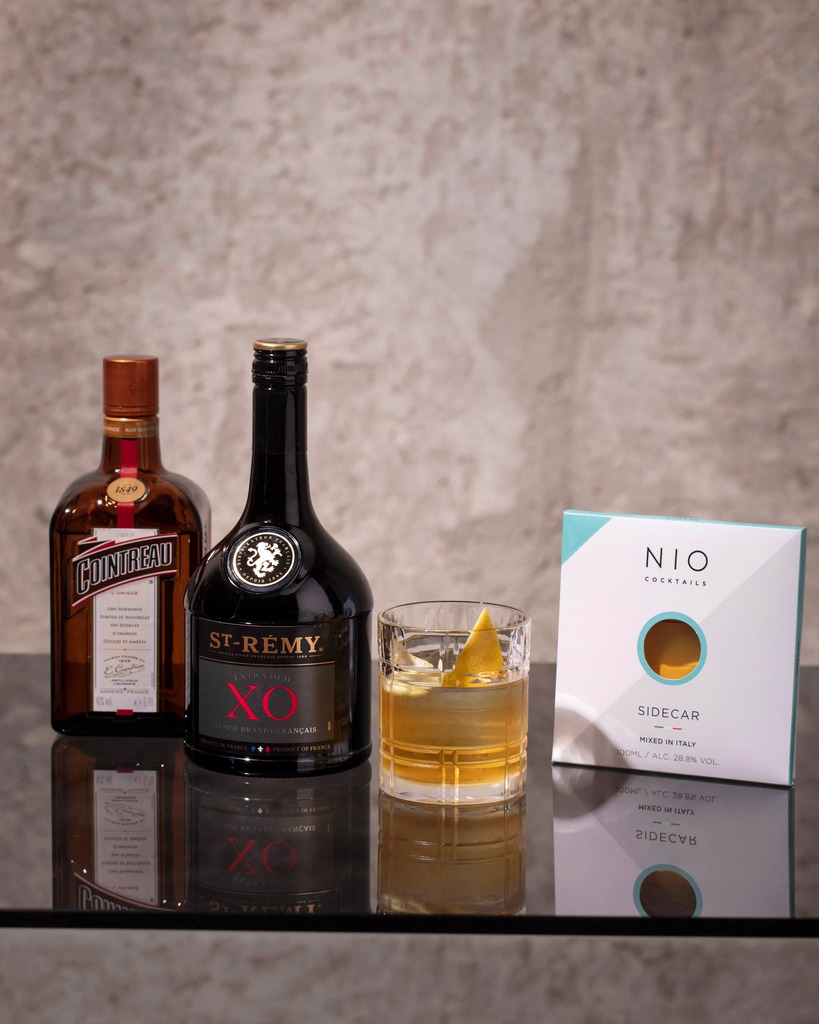 Sidecar is a cocktail with a fascinating and mysterious history. It first appeared in two books: Cocktail: How To Mix Them by Robert Vermeire in 1922 - although the recipe in the book contained all the ingredients in equal parts – and Harry’s ABC of Mixing Cocktail by Harry MacElhone – who was considered by some the real father of the cocktail.

There are those who believe that it was invented at the Harry’s Bar in Paris, where the legend is told that the Sidecar was prepared for the first time for an army captain who broke into Harry’s Bar aboard his - indeed - sidecar. There is also a third version, according to which the cocktail was created in New Orleans.

It is certain that the Sidecar's popularity soon caught on and also ended up in Graham Greene’s 1938 novel Brighton Rock. The writer David Embury spoke of it in turn, calling it (improperly, but not with the intention of belittling it) a "Daiquiri with cognac".

Serve the perfect cocktail in one minute

Get your favourite tumbler glass

Once your glass has been filled with ice, give your cocktail pack a quick shake.

Tear off the corner

Simply pinch and tear the corner – no need to remove from the paper sleeve.

Leave to stand for one minute and enjoy in good company.